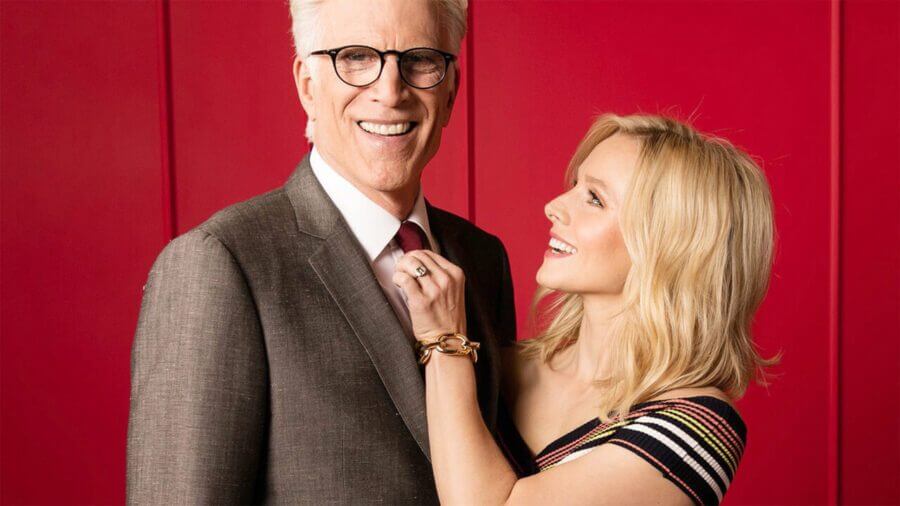 With the fourth and final season of The Good Place now on Netflix in the majority of regions around the world, you may be looking for your next binge. Here List of Best TV Series on netflix in 2020-21 that’s similar to The Good Place.

The Good Place is a show that aired from 2016 through 2020 when it ended after four seasons. The series follows a woman named Eleanor who passes away and finds herself in The Good Place, the part of the afterlife where people who were exceptionally good in their lives find themselves after death. Unfortunately for Eleanor, it becomes obvious fairly quickly that she does not belong there and was put there by mistake. The series follows as she attempts to turn her life around while not being caught by any of her perfect neighbors.

If you’re a fan of Michael Shur, he works almost exclusively works for NBCUniversal and by extension Peacock which is where you’ll find most of his content going forward in the US (he struck a huge deal with them in March 2019).

All four seasons arrived around the world at different times and saw the conclusion to the ever-twisting comedy series that earned it plenty of nominations but rarely picked up the awards it truly deserved.

Let’s dive into the Netflix library to see what’s similar to The Good Place on Netflix right now.

The people tasked with creating a sixth branch of the armed services: The Space Force.

We’ll begin with Space Force which is Netflix’s first real attempt at going after the formula that NBC strikes well with its comedies over the year. It employs some top talent, a simple premise and proven writers to deliver an effective program appealing to the masses.

Space Force stars Steve Carrell, John Malkovich, and Ben Schwartz who all are part of the US’s newest division of the army, the Space Force. Throughout the first season, we see them setting up and completing some missions in the final frontier.

Although there was a lot to be desired when it came to Space Force, it did stay in the Netflix top 10 features around the world for a long time.

Community is an American comedy television series that ran for six seasons and 110 episodes. The show revolves around a group of students studying at the fictional Greendale Community College. The show aired from 2009 to 2015 and stars Joel McHale, Gillian Jacobs, Danny Pudi, Yvette Nicole Brown, Alison Brie, Donald Glover, Ken Jeong, Chevy Chase, and Jim Rash. The community received critical acclaim for its writing and acting and became instantly popular among youth for its meta-humor and pop culture references.

With most NBC shows departing Netflix, it was nice in early 2020 for Netflix to pick up from Sony Pictures perhaps the best comedy show the network has put up but not enough people watched at the time. It is the one of  List of Best TV Series on netflix in 2020-21.

The Good Place is a show that aired from 2016 through 2020 when it ended after four seasons. The series follows a woman named Eleanor who passes away and finds herself

Following Jeff Winger (played by Joel McHale) we attend Greendale Community College and the adventures of a group of misfits who make up a study group. All six seasons touched down on Netflix globally earlier in 2020 as part of Netflix’s attempts at clawing back some licenses.

It’s similar to A Good Place in that it has absolutely stellar writing and makes you laugh snort multiple times per episode. It also features some insane concepts that fans of The Good Place will no doubt appreciate.

“I am celebrating the end of our show,” he said while on the popular Youtube series. “It still has to drop on Netflix in October, which is very exciting.”

Though Dan never mentioned the exact release date in October, we can guess that it’s likely early in the month based on past release dates for the show’s earlier seasons — which means we’ll be able to binge-watch the final season before we know it!

As we mentioned, The Good Place scored many nominations at various award shows through its lifetime and largely missed out and this is the show it repeatedly missed out too.

The Canadian series follows a family who are down on the luck and out of money. It’s about their redemption story as they learn how to become more normal rather than living in their previous luxurious and sheltered life.

Like The Good Place, it follows four main protagonists who feel like they’re in a different world.

If you love the madness of The Good Place, allow us to introduce you to Arrested Development which has non-stop madness from start to finish. It is one of List of Best TV Series on netflix in 2020-21.

The Fox show is created by Mitchell Hurwitz and although it has no real connection to A Good Place, it features some killer writing and superb characters.

Seasons available: 9
Only available on Netflix in the US

Just behind Friends, The Office has been one of the best triumphs of the NBC comedy lineup in the past two decades. It’s easily watchable just like The Good Place and perfect for the binge format.

Michael Shur was involved in a number of different ways for The Office. He was prominent in the writer’s room and occasionally featured as Mose, Dwight’s rather odd cousin.

Watched all of the above? No problem here’s a few more suggestions but be wary that with these titles, availability will depend on where you live.

With thanks to TasteDive for providing these recommendations:

So, this is the List of Best TV Series on netflix in 2020-21. Do you have any more recommendations on Netflix that are similar to The Good Place? Let us know in the comments.

Also, Read Dead to Me Season 3: Release Date On Netflix |Cast| Plot |Trailer | And All The Details Of The Show

Welcome to my world! I hope you like my blogs. Keep spreading love.

The Most Energetic And Phenomenal RJs Of Jammu Doing Their Best During This Pandemic.

Radio Jockey is a person who makes our travel time more interesting and fun. Let it be a sunny day

5 Effective Ways To Improve Your Immunity At Home During Lockdown